There’s a Drone Flying Over My House. Can I Shoot It? 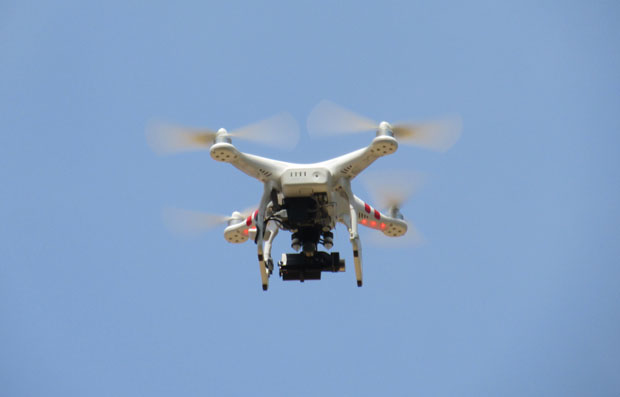 Here’s some news plenty of you will find to be a bummer: Just because a drone happens to be flying over your property, that doesn’t mean you can shoot it down. Sorry.

A Kentucky man found out the hard way there are consequences for terminating a drone with extreme prejudice, no matter how annoying it may be. The man, who claimed the drone was spying on his sunbathing daughter and used a shotgun to terminate its flight, was charged with violating a variety of state laws, including criminal mischief.

Part of the problem in determining what is and isn’t fair protection against drone encroachment is a web of laws and regulations that are inconsistent and sometimes contradictory. Worst of all for those whose personal space has been violated by drones, these laws rarely spell out what, if anything, you can do about it.

The following is our attempt to sort out what your rights are when you’re subject to an unwelcome drone visit.

So, can I shoot down a drone?

The answer is probably not. For one thing, the Federal Aviation Administration considers a drone to be a civil aircraft, and there’s a law that makes it a federal crime to destroy an aircraft. The penalty is pretty steep, too — up to 20 years in the slammer.

But is it legal for someone to fly a drone over my home?

Yes. Like other aircraft, it’s perfectly within the law for a drone to fly over your property, so long as it is high enough in the air. (We will explain more about that later.)… read full article